Plan comes to fruition for Adaliya 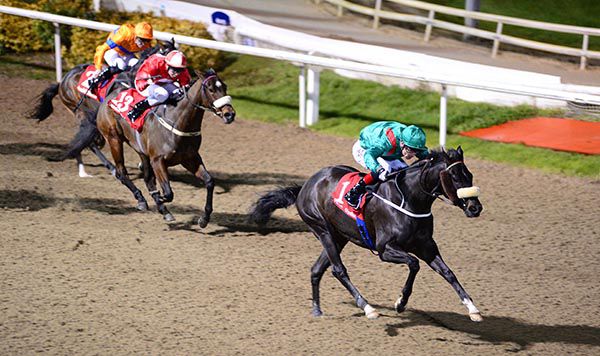 By Michael Graham
Michael Halford's Adaliya enjoyed a comfortable success in the fillies' maiden over a mile in Dundalk.

She bounced away smartly from the gate under Pat Smullen to assume the lead.

She was still going well a furlong and a half out as all of her rivals were off the bridle.

Smullen didn't need to get serious as she kept up the gallop to close out the race by a length and three quarters.

The Aga Khan-owned filly justified 4/5 favouritism. A couple of newcomers took the places - Stranagone kept on for second at 33/1 while Ship Of Dreams got up for third at 7/1.

Michael Halford said: "She had five runs and we said that we'd freshen her up a bit. I felt she'd win a fillies race over a mile and we picked out this race a good while ago and trained her for here.

"She got things her own way out in front and the cheek-pieces just helped her to concentrate. She travelled lovely and sweet but got a bit lonely out in front. It's a long way up the straight but Pat never really had to get serious on her.

"It's great to get a winning bracket as she's run some good races and she will probably have an entry in the February Sale."

Adaliya got off the mark at the sixth time of asking. She had been placed three times including when third on her last run here in October. 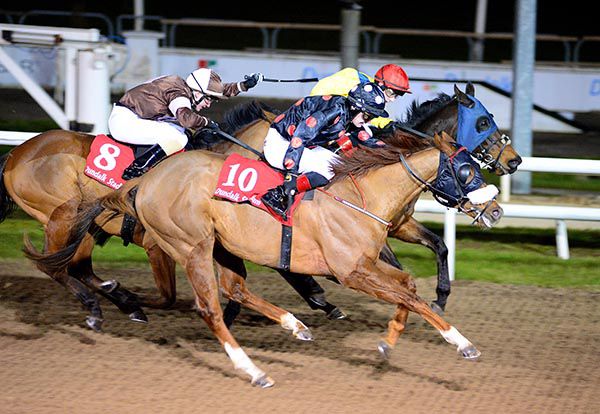