The Irresistible Appeal of Cheltenham for the Irish 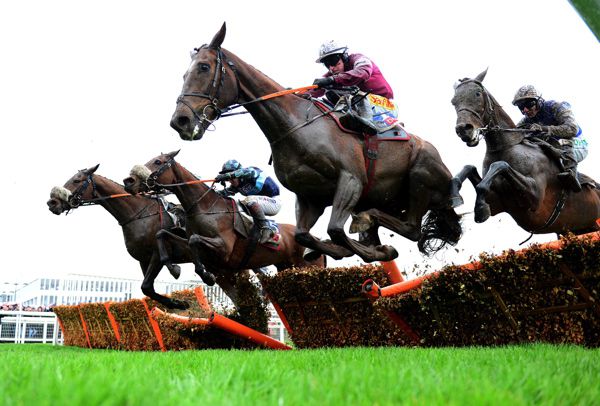 
The “luck of the Irish” may well be a tired old cliche but when it comes to the CheltenhamFestival it’s certainly turned out to be true. Of course, all the jockeys and trainers who have worked so hard to get the horses into perfect condition for the event would say it’s all down to skill, dedication and preparation rather than luck.

But the whole event seems to smile down on the Irish, even if the weather sometimes fails to do the same. But then, if it was held at any other time of year it wouldn’t coincide so often with St Patrick’s Day, a lucky coincidence in itself.

It’s easy to see that the country’s fondness for the four-day event is more than matched by the success that it achieves on the track. One only has to go back to 2017 to find the record year when there were an incredible 19 Irish-trained winners over the course of the festival. That year it

was Jessica Harrington who was the trainer of the Gold Cup winner Sizing John which contributed to her becoming the festival’s most successful woman trainer to date.

Of the male trainers in recent years it’s always a battle between Gordon Elliott and Willie Mullins to see who can be crowned King of Cheltenham but in 2017 honours were shared with six winners each. Of the two, it was Elliott who had the most spectacular run with an opening day treble with wins for Labaik, Apple’s jade and Tiger Roll. He also went on to claim the overall prize thanks to his greater number of placed horses.

In 2018, Elliott did even better by claiming the all-time record for winners with eight. Surely the most satisfying of all for him was Blow by Blow, the 11/1 winner of the race named after his long-time mentor, the Martin Pipe Conditional Jockeys’ Hurdle handicap. His run of form was made all the more remarkable by the fact that he had drawn a complete blank on the first day of that year’s meeting. In the year’s Gold Cup, it may not have been an Irish-trained horse that won, but Native River was born in the country before journeying over the water to be trained by Colin Tizzard — so a moral victory for the Emerald Isle at least.

Last year was a very good, if not vintage, year with a total of 14 winners including in the Gold Cup and the Champion Hurdle trained in Ireland. The former saw Al Boum Photo bring home the big prize for Willie Mullins while Meath-based trainer Gavin Cromwell had his first taste of Cheltenham success when Espoir d’Allen romped home in the latter, winning by a record-breaking 15 lengths. In all, seven different Irish trainers had winners, but it was Mullins who again came out on top with four, the sixth time he had claimed the prize.

Looking to this year’s festival, there are plenty of Cheltenham tips. In the Unibet Champion Hurdle on March 10th , Silver Streak is expected to put up a good performance against the numerous horses from the race’s most successful trainer, Nicky Henderson. Silver Streak came third last year and has been showing good form this season being in the running with close finishes behind Contender at Newcastle in November and Epatante at Kempton Park on Boxing Day so trainer Evan Williams believes that he’s in with a good chance of a place at least. Willie Mullins will also have up to four horses in the race including Saldier, Sharjah and winner of last year’s Supreme Novices’ Hurdle, Klassical Dream.

In the Racing Post Arkle Chase, it’s the Henry de Bromhead-trained Notebook that seems to be the clear ante-post favourite. He’s unbeaten in four outings this season with his latest victory coming when he won ahead of Cash Back in the Irish equivalent at Leopardstown at the beginning of February. Not quite so fancied, but definitely not totally out of the running, is the Willie Mullins trained Melon. At eight years old he’s one of the older horses in the race but his experience of the racecourse and distance, not to mention two previous second places in the Champion Hurdle, means he’s certainly worth watching. He has ground to make up on Notebook from Leopardstown but if he improves his jumping he would have a shout.

Finally, on to the big one, the Gold Cup. It’s Mullins’ Kemboy who is attracting a great deal of attention with the trainer himself making confident noises about the seven-year old’s prospects. For fans of a longer shot, Native River might fancy one last hurrah in the race he won so spectacularly in 2018 if the conditions are right. However, this depends on the going being testing so it would be a good idea to look at the rain forecast before committing to him.

So, all in all, it’s shaping up to be another classic Cheltenham and the Irish trained, ridden and owned horses are certain to play a big part once again. 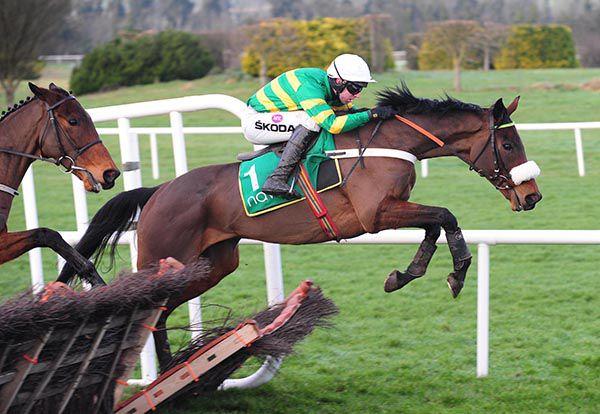 The fast-improving Kilfenora is among those who will take on dual Grand National hero Tiger Roll in the Ladbrokes Ireland Boyne Hurdle at Navan on Sunday.