Gainford continues to strike Gold in the professional ranks 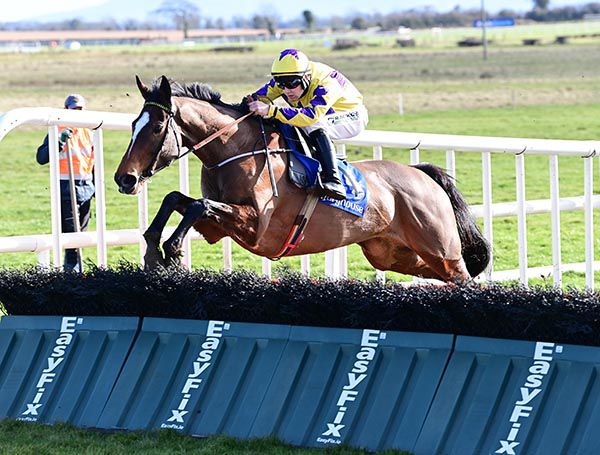 The Wexford rider had ridden 12 point-to-point winners and four on the track as an amateur before making a successful start to his professional career aboard Fierami in a handicap hurdle at Navan yesterday.

Mt Leinster Gold was sent off the 5/2 favourite in this two-mile event, and the Colin Bowe-trained mare took control after two out to score by five lengths from Robyndeglory.

Three By Two could only keep on at one pace a further half a length back in third.

Gainford said, “She was very good. Her point to point form was there, she won three out of four starts and was unlucky the first day when second.

“Colin has done a great job with her and I'm absolutely delighted to get to sit on her. Thanks to the owner and Colin for letting me ride her. Her jumping is marvellous and she'll love a trip. I can see her going over fences next year.”

On his start as a conditional he added, “It couldn't be better and a big thanks to Barry O'Neill, Rob James and all the lads at home and also Gordon (Elliott) for yesterday. It's a marvellous start and I can't appreciate it enough.”