Confidence behind Lisnagar Oscar in advance of Stayers' Hurdle defence 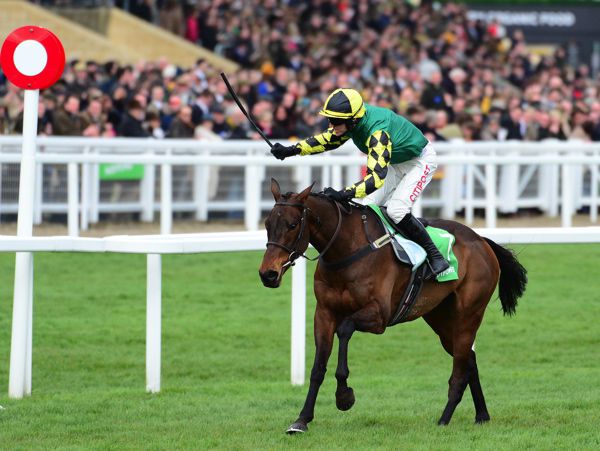 Rebecca Curtis can approach the defence of Lisnagar Oscar’s Paddy Power Stayers’ Hurdle crown with vigour following a return to form at Haydock.

A shock winner of the race last season, the eight-year-old had disappointed twice this season before a problem with his breathing was diagnosed.

Having had a subsequent operation to fix it, Lisnagar Oscar ran right to the line when second to Third Wind — giving him 6lb — in the Rendlesham Hurdle on Saturday.

“He’s come out of the race really well, I’m very happy with him,” said Curtis.

“It was a good run giving the weight away. I know he’s won at Haydock, but it wouldn’t be the ideal track for him so we made plenty of use of him.

“He had a long time off so hopefully he’ll strip a bit fitter for it, but I couldn’t be happier with him — he’s in great form now for Cheltenham.

“At Newbury you could tell there was a problem, he travelled great to two out then stopped. He’d never had a wind problem before, but it was quite obvious it was catching him out.

“It’s brilliant that it’s worked and we’ve got him back. He’s only eight.”

Lisnagar Oscar was a 50-1 winner at the Festival 12 months ago and while he may not be as big a price this time around, he will still be among the outsiders. The sponsors currently have him at 16-1.

“He’s never really fancied, I suppose I can see why, for the last two seasons his form in the first half of the season hasn’t been good, but you’d have to be fairly confident after his last run,” she said.

“If he’s in the same sort of form as last year he’d have to have a good chance.”

Snapraeterea made all in the Listed Owenstown Stud Stakes at Naas to give Joseph O'Brien a double on the day.

An appearance at Royal Ascot is likely to be next on the agenda for Lady Bowthorpe following her excellent effort in defeat in Saturday’s Lockinge Stakes.

Willie Mullins' Ashroe Diamond put in a striking performance on debut to land the mares' bumper in Wexford.

Hermana Estrella belied odds of 50/1 for a shock win on debut in the Group 3 Coolmore Stud Irish EBF Fillies Sprint Stakes at Naas.