Claws gets his turn in Navan finale 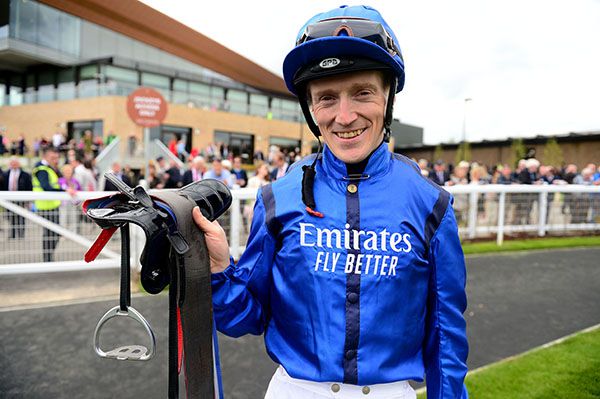 By Donal Murphy
The Andy Oliver trained Bear Claws came from last to first to claim the finale at Navan, the Yellow Furze Handicap.

Fourth, fourth and fifth on his last three starts, the three-year-old son of Mukhadram was sent off at 7/1 this afternoon with Billy Lee in the saddle.

Briefly in rear early on, the Madeline Burns owned and bred bay made good progress on the inner from early in the straight and was ridden in pursuit of the front-running Early Strike from the two furlong pole.

He got to lead inside the final 200 yards and went right away in the closing stages, coming home four and a quarter lengths to the good.

The well-backed Early Strike (20s early and from 11s to 9s on-course) had to settle for second under Chris Hayes, while Watchman (7/1), also trained by Andy Oliver, was half a length back in third.

Harvey Specter was sent off the 4/1 favourite (from 11/2) and he finished a short head way in fourth.

"He did it well. He had an outside draw (in 24), which wasn't ideal, and Billy gave him a lovely ride," said Oliver.

"He sat in and let him find his feet. He came there on the bridle.

"I was watching the other horse Watchman and he seemed to come off the bridle just around the corner.

"Then I saw the other horse, I was watching him then up the straight as I just knew he had come on to it. Billy said he got a lovely run up the inside, picked up again and away he went.

"To be fair to Watchman he stayed on well to finish third, the two of them ran well.

"The winner has been knocking on the door. He's entered in the sales, he wants a good cut in the ground and he wants a distance so he'd be an ideal horse to go hurdling.

"We'll see what else there is coming up. I think there is maybe only one other race he's eligible for and that might be after the sales. We'll see what happens but at least he's won." 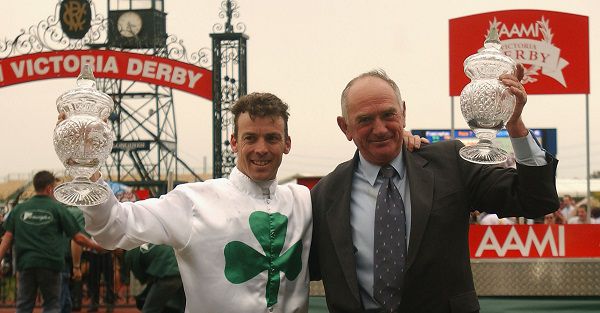