Sheehan back in Ireland to ride a winner for friends 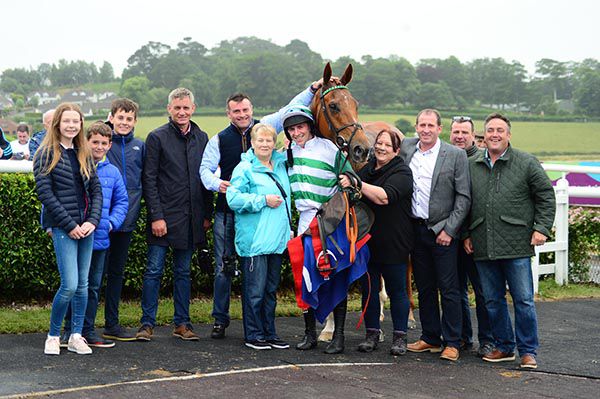 Hillary John and happy connections
©© Photo Healy Racing
Cork native Gavin Sheehan was back across the Irish Sea to win the Bet Now With The Ladbrokes App Maiden Hurdle at Downpatrick on Brian Hamilton's Hillary John.

Several threatened to go by the front-running Necarne point-to-point victor from last month, but none could in the extended two and a quarter mile curtain-raiser.

In the end the Gamut gelding, an 8/1 shot, contained favourite Touch Base by a length.

"He works quite well at home and won his point-to-point well. The boys (Up The Hoops Racing Club) bought him off Eddie Ahern off Facebook," revealed Hamilton.

"We got him for a young lad in the yard to ride and school on but the young fellow hasn't got a licence yet so we ran him in a point-to-point. His jumping was a bit dodgy though, so we thought there was no point in running him back in a point-to-point.

"He seems to handle that bit of better ground and he could go on and win again.

"The reason Gavin (Sheehan) rode him is that the fellow that is the head of the syndicate, Paul Burns, works in Clive Cox's in England and is born and bred in Downpatrick. Gavin is friendly with them over in Lambourn."

The Irish Horseracing Regulatory Board Veterinary Officer examined First Class Ticket (GB), trained by Andrew McNamara, at the request of the Stewards and reported the animal to be post race normal in his opinion, however the trainer subsequently reported to him that his charge was found, on endoscopic examination, to have burst a blood vessel. 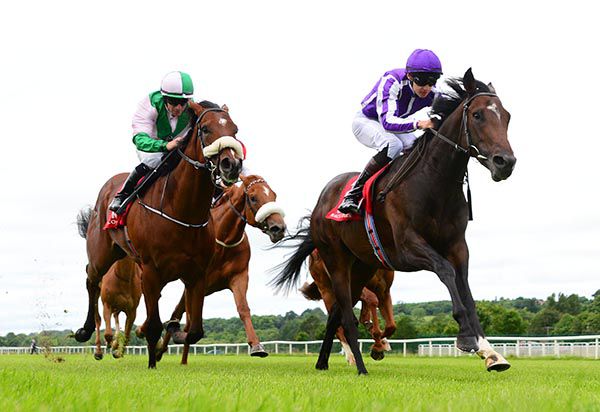 "Raw and still green" but Ballydoyle's Mohawk is getting there

Mohawk snatched victory from the jaws of defeat to justify odds of 4/7 in the opening Irish Stallion Farms EBF Maiden (Plus 10 Race) at Cork.