Hassett gets his first double at his local track 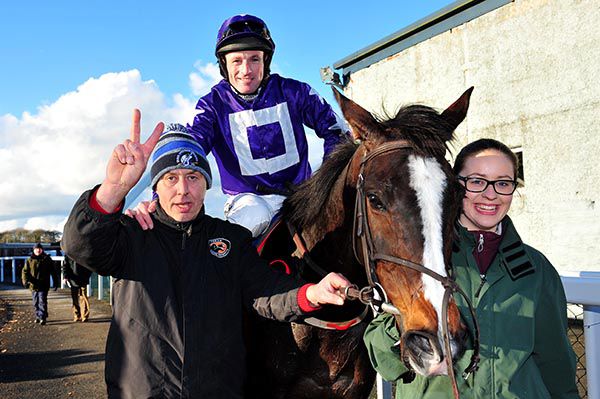 By Michael Graham
Mary Frances made all and won the extended two mile seven handicap hurdle in Thurles as she pleased.

The six-year-old mare gave trainer Martin Hassett a double as he took the preceding race with The Conditional.

Sean Flanagan sent her on from flagfall and she powered clear of the challengers from the second last to saunter in at 5/1.

Hat-trick-seeking Sir Carno improved into second before three out and looked a danger but the 6/4 favourite wilted coming to the second last and finished fourth.

O Ceallaigh kept on without threatening for second at 14/1 (from 20/1). He was beaten 25 lengths by the winners but was eight and a half lengths ahead of fellow 14/1 shot Seskinane.

Martin Hassett said: "When you're doing a double, you have to do it in your home track! That's my first double and she do it in style and never came off the bridle.

"She's a mudlark despite being only a pony and when Robbie Power rode her the last day, he said the day when it's almost unraceable, is the day she's going to win and he was right. It is hard to imagine because she is so small.

"She is a half-sister to Jazz Messenger and we'll take it race by race with her but will look for black-type eventually.

"I've only four horses in training and work full-time in Coolmore so it's a family operation.

"Last week was very frustrating and I spent five nights in a row getting up every hour to clear the gallop with the tractor but still we ended up missing three days exercising the horses.

"I was going to work as well and thank god the schools were closed because my young lad stayed on until 2am one morning and then I got up and did it then.

"The elements did eventually beat us and there's now a foot of snow on the gallop. This is great for everyone though and now we've a double up, we might feel like real trainers!" 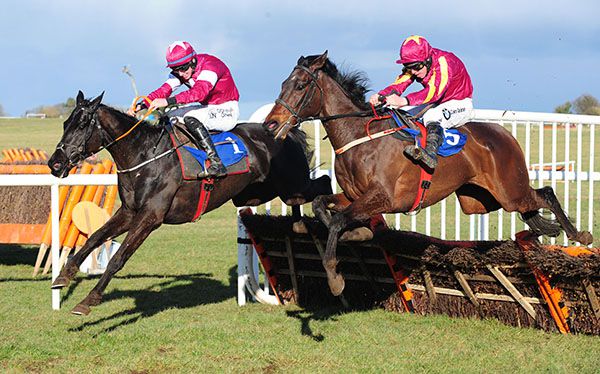 The Conditional rallied to good effect to get up and deny Caltex in the shadow of the post at Thurles.