Zipporah another for Mee and O'Shea 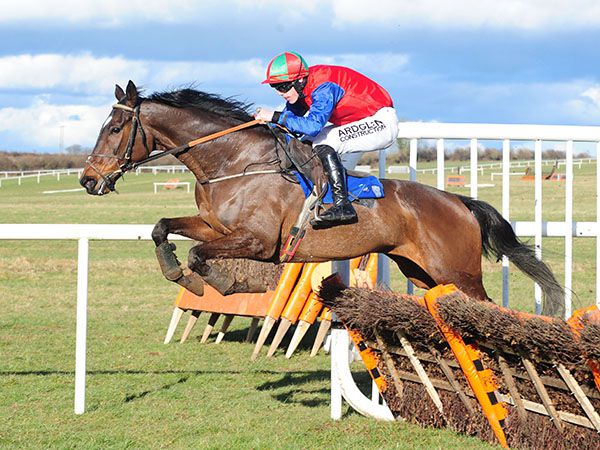 By Michael Graham
In a race where very few horses got competitive, Zipporah made it two from two visits to Thurles.

Hot Touch blazed a trail in this two mile handicap hurdle with only Zipporah tracking him.

The pair raced clear of the remainder before Zipporah moved ahead of Hot Touch after the fourth last.

Zipporah asserted under Brian Hayes after the third last and she strode away to take the spoils at 9/1.

Trainer Denise O'Shea said: "That was great - I was worried about the couple of days off last week with the snow but in hindsight it helped her, as she is very active.

"She is a hard mare because she is very hard on herself and keeps me very fit at home because you hop on board and then it's straight into fifth gear and hang on tight!

"All credit to the mare as she was off the track for two years and if only I could bottle her enthusiasm!

"She is an 11-year-old mare now and has won four races and two point-to-points and we'll probably go over a little fence the next day and this will more than likely be her last season in and then she'll go breeding.

"Brian was fantastic on her and is very obliging and schools a bit for me too.

"I'm delighted for Michael Mee who also bred her and has four horses in training with me. He came to me last year and we've had four or five winners now."

Mister Butler made steady headway in second after the penultimate hurdle but was still seven and a half lengths in arrears at the line. He was returned at 7/1 having been gambled from 11/1 to 5/1 this morning.

Shantelle was another seven lengths further back in third at 33/1. 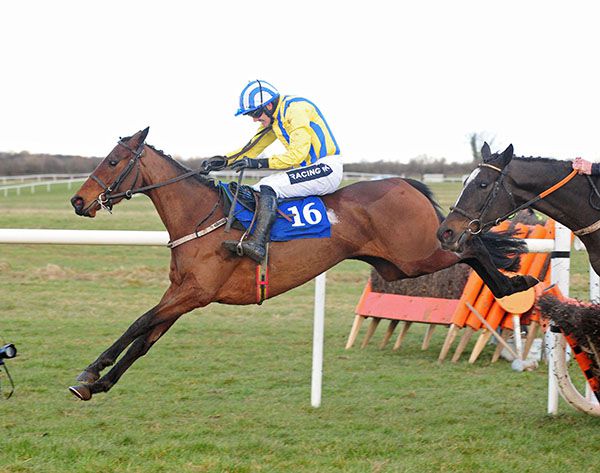 Walsh delighted to be back with a winner

Ruby Walsh returned from almost four months off due to a broken leg with a winner on board Lareena in the two-mile maiden hurdle at Thurles.