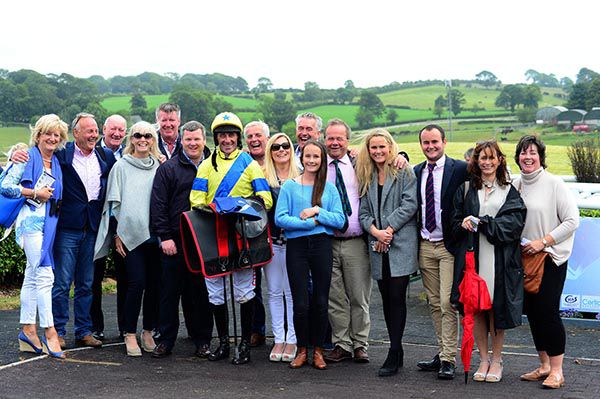 Ravenhill's win delighted many
©© Photo Healy Racing
The complexion of the Hannontravel.ie Maiden Hurdle at Downpatrick changed in an instant at the final flight with Turbo's mistake handing victory to well-backed favourite Ravenhill.

However when he got the last wrong Ravenhill (Davy Russell up) didn't need a second invite to nip up the inside, and he eventually claimed the spoils by two and a quarter lengths.

They drew on by twenty four lengths from the third one home, Easy Gold.

"Those owners (Try Ravenhill Syndicate) are from all over the north of Ireland so it's great for them to get a winner," said winning trainer Gordon Elliott.

"The other one (Turbo) probably made it a bit easier when he made a mistake (at the last) but in fairness he (Ravenhill) wasn't beaten.

"That's more his trip and we'll keep him going over the summer, he likes the good ground."

K.C. Sexton, rider of As Sweet As Tea trained by Peter Fahey, reported to the Clerk of Scales that his mount lost action going down the hill, felt totally wrong and pulled up thereafter.

The Irish Horseracing Regulatory Board Veterinary Officer examined As Sweet As Tea, trained by Peter Fahey, at the request of the Stewards and reported the animal to be lame on its left hind leg post race. 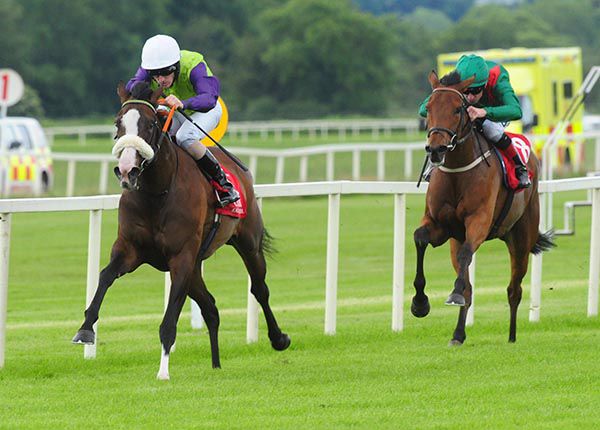