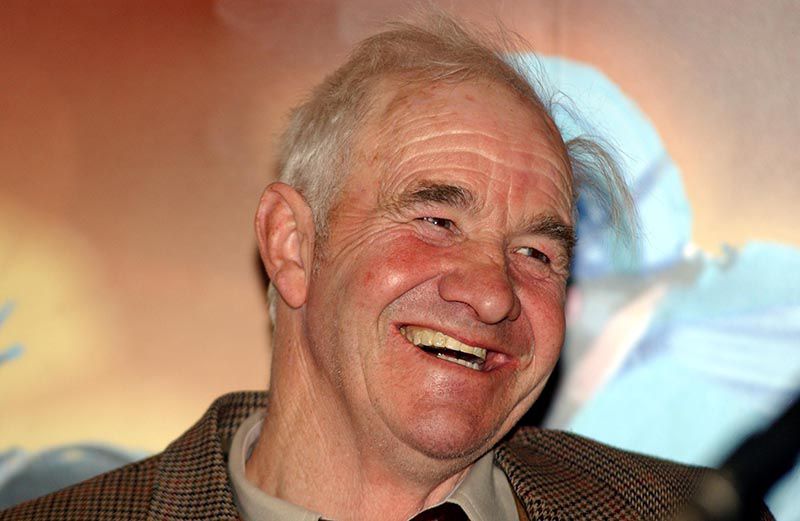 Foley sprang to prominence in the 1990s when Danoli appeared on the scene, winning each of his three bumper starts before embarking on a hurdles career.

Christened ‘the people’s champion’, Danoli went to the 1994 Cheltenham Festival with the tag of the Irish banker in the SunAlliance Novices’ Hurdle — now known as the Ballymore — and he delivered in style.

Swan was on board on that occasion, as he had been for an earlier win in the Deloitte and Touche Novice Hurdle at Leopardstown, and the roar that accompanied him up the Cheltenham hill and back to the paddock has rarely been repeated.

“Tom was a great man. All the time I was riding Danoli we never had one crossed word. He was just a complete gentleman.

“He was a very quiet man, but he could get excited when Danoli was running! He was such a lovely man.

“People always take to the smaller trainers taking on the big guys and he really knew his horse.”

Swan went on to win the Aintree Hurdle twice on Danoli, as well as the Morgiana and Hatton’s Grace, also finishing third in the Champion Hurdle before Tommy Treacy took over in the saddle.

Injury prevented Danoli from perhaps reaching the heights which once looked likely, but he did win the 1997 Irish Hennessy.

“He hardly ran a bad race, it was amazing how consistent he was and Tom was a very capable horseman,” said Swan.

“They were great days with him, he won the Aintree Hurdle twice and the second time he broke down, otherwise the sky was the limit for him. He still won a Hennessy after that which was amazing.”

Foley’s last winner was Rebel Gold at Gowran on January 28.

Heavy on numbers Approach pays off for Hilltop Racing

James McAuley’s Hilltop Racing fielded five for the HOLLYWOODBETS HORSE RACING AND SPORTS BETTING Claiming Race at Dundalk. They emerged with the one two, as Approach The City (12/1) got the better of Liberty Star (40/1).

The Rapscallion Syndicate-owned Lord Gorgeous justified his position as the 11/8 market-leader in the Irish EBF Stallion Auction Series Maiden at Dundalk.

Nicholls puts best seasonal tally on the board

Paul Nicholls beat his best ever tally of winners for a single season as Threeunderthrufive gave him his 172nd victory of the campaign at Perth on Wednesday.

Dan Skelton expects to field a smaller team than expected on the final day of the season at Sandown — with Nube Negra heading to Punchestown instead.