Streets Of Doyen reappears at Naas 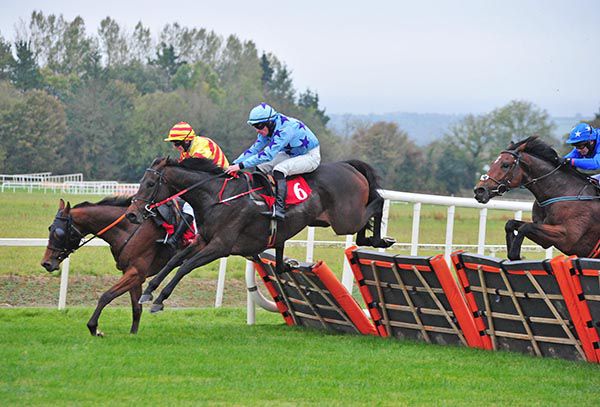 Streets Of Doyen (near side, 6)
© Photo Healy Racing

Streets Of Doyen has won his last four outings, including his latest at Cheltenham in October, and while those wins were gained at three miles, he reappears over two miles on Sunday.

McConnell reports "Streets Of Doyen is in good form and has done well for a bit of a break.

"He is in the Albert Bartlett at Cheltenham which is obviously over three miles and the race at Naas is two miles but we think he can still run well. I didn't want to run him over that sort of distance at this stage so I have no problem with dropping him back down in trip.

"It will be very much a stepping stone for him to Cheltenham but with the ground being as testing as it is it will ride like a longer race and I would hope he will give a good account of himself this weekend which will leave him right for Cheltenham next month."

Confidence behind Lisnagar Oscar in advance of Stayers' Hurdle defence

Rebecca Curtis can approach the defence of Lisnagar Oscar’s Paddy Power Stayers’ Hurdle crown with vigour following a return to form at Haydock.