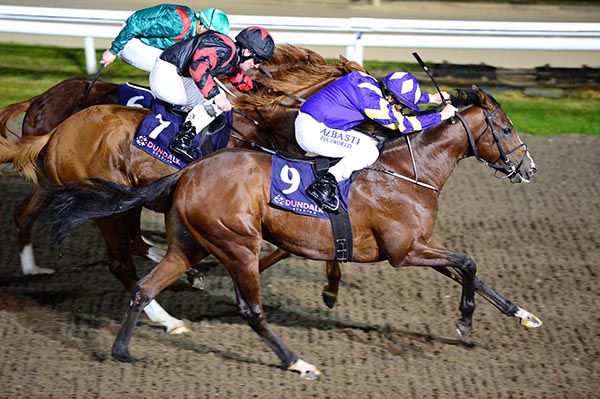 The son of Lope De Vega finished second on his previous start behind the Ballydoyle trained Vatican City at the Co Louth venue on October 30 and today battled gamely for a three parts of a legth win over Karbasann.

Afterwards the trainer's daughter Kate Harrington stated “you'd have to be very happy with that. He was shrewdly bought (for E58,000) by Patrick Cooper at the Goresbridge breeze-up sale and he's a real nice horse for next season.

“We actually trained his dam, Ode To Psyche, and he's a lovely horse going forward.

“The colts took a while to come to themselves. Maybe they were just a bit backward and will make good three-year-olds.

“That's probably him for the year and we'll bring him back in the spring.” 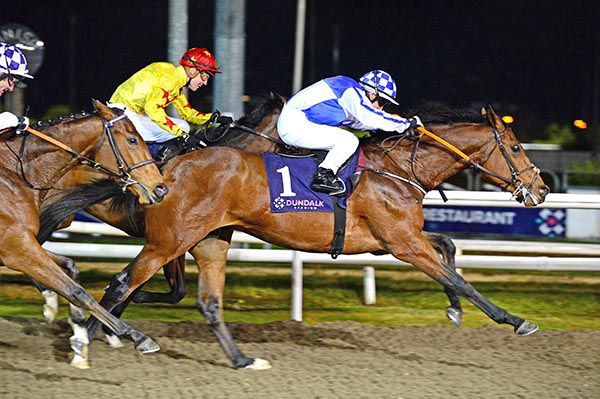 Aerclub scored a 20/1 success on debut at Dundalk today as the Henry De Bromhead trained colt made a fine debut to win the Irish Stallion Farms EBF Maiden (Div 1) under jockey Wayne Lordan.