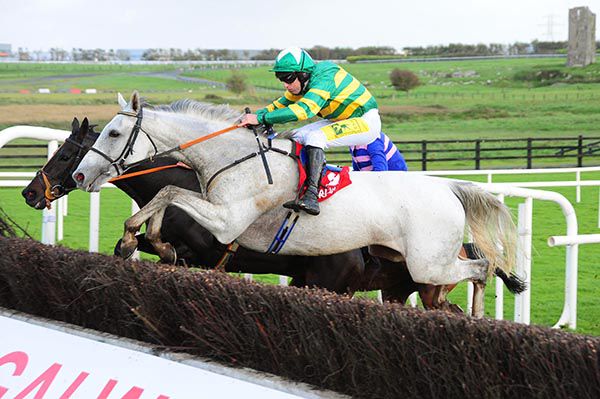 By Michael Graham
Portmore Lough overcame Great Khan to take the Guinness Handicap Steeplechase at Galway in the hands of Jody McGarvey.

He was right in contention in fourth coming to the second last where a lovely swift jump took him into the lead jumping the last.

The 4/1 favourite then had Great Khan (16/1) for company turning into the straight and pair settled down for a scrap over a furlong from home.

Portmore Lough edged ahead inside the final furlong and held the advantage all the way to the line as he prevailed by a length and a quarter.

Gambled-on Pateen (from 20/1 in the morning to an opening show of 9/1 down to 6/1 on the off) brought home the each-way bacon in third, beaten three and three quarter lengths by the winner.

JP McManus' racing manager Frank Berry said: "It is grand to win a race with him as he has had his problems. He is a grand 'oul horse and loves jumping.

"He had a leg and had a few different problems but it lovely to have him back and John has done a great job getting him back.

"He battled away well today and we'll look for something similar next."

The Stewards interviewed J.S. McGarvey, rider of Portmore Lough, concerning his use of the whip in the closing stages of this race. Evidence was heard from the rider concerned. Having viewed a recording of the race and considered the evidence, the Stewards were satisfied that the rider was in breach of Regulation 10.3(g)(frequency). Having taken his previous record in this regard into account, the Stewards suspended J.S. McGarvey for one race day. 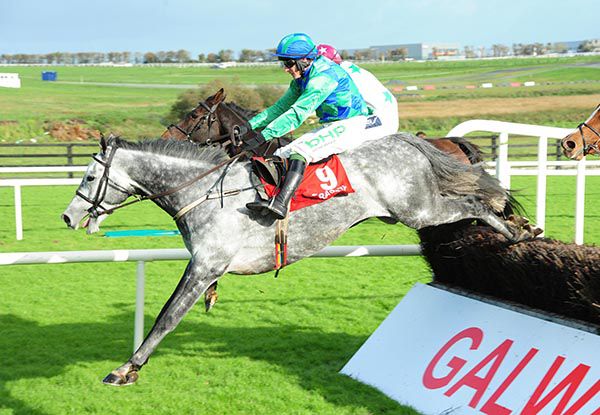 Sayo in dominant form at Galway

Willie Mullins' Sayo ran his 10 rivals ragged off the front in the beginners' chase at Galway.