Pimpernel makes off with finale 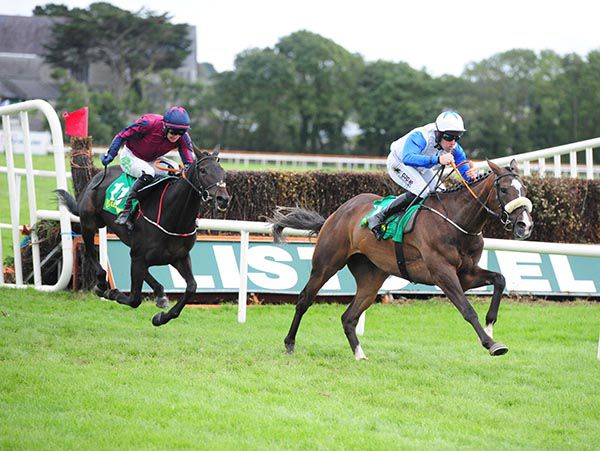 By Gary Carson
Soviet Pimpernel got off the mark at the third time of asking when making a winning return to action at Listowel this afternoon.

Peter Fahey's charge had been placed twice last season and opened his account in fine style in the Kerry Petroleum INH Flat Race.

Barry O'Neill made ground up turning for home on the 4/1 shot and he challenged early in the straight.

The Elusive Pimpernel gelding hit the front over a furlong from home and kept on well to post a two-and-a-quarter length winning margin over newcomer The Little Yank.

Fahey said:- “He ran a cracker on his first race at Leopardstown and the form has worked out well. He might go for a winners’ bumper if the ground stays nice as he’s not a real winter horse.

“He did nothing wrong in his two runs and we brought him back from the Cheltenham Sales as we weren’t getting what we thought for him.

“We gave him a break and were aiming him for Galway but he just wasn’t right. He’s turned the corner in the last few weeks, and it’s great for Fergal O’Neill of Direct Bloodstock who has a lot of horses with us.” 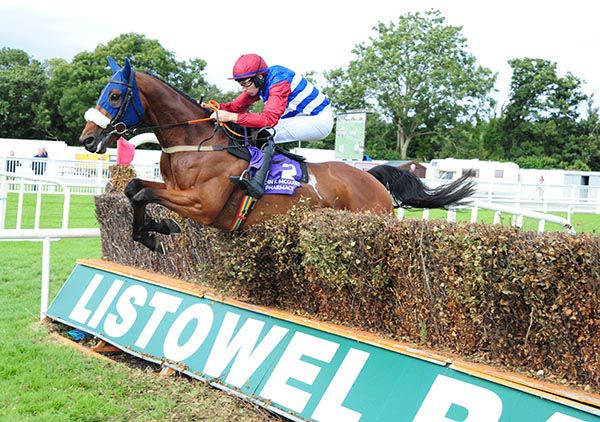 Djingle put his rivals to the sword in great style in the John F McGuire Beginners Chase at Listowel this afternoon.