Mums Tipple expected to bounce back next season 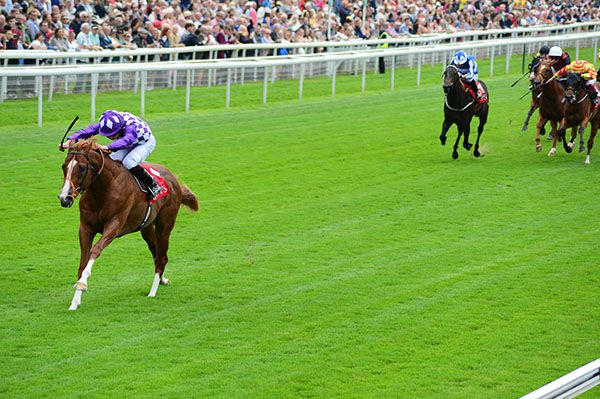 Mums Tipple pictured on his way to victory at York in August
©© Photo Healy Racing
Richard Hannon is confident Mums Tipple can leave his below-par effort in the Middle Park Stakes behind him and continue his progression when returning to action next season.

The son of Footstepsinthesand lost his unbeaten record after failing to follow up his impressive victory in a sales race at York when beating just one home in the Group One contest at Newmarket last month.

Although Mums Tipple - who is as short as 7/1 for next year's Commonwealth Cup at Royal Ascot - was found to be lame after the race, the Marlborough handler reports the talented two-year-old to be fine now.

He said: "Mums Tipple never ran his race in the Middle Park, as he got a kick in the gate.

"He has had X-rays on the leg, but he is fine. He is done for the year.

"We will get him ready now for next year and try to achieve what we think he is capable of. That defeat will have made a man of him."

An outing in the Qipco 2000 Guineas remains on the agenda for Threat, who finished two places ahead of his stablemate in the six-furlong contest, on what was his final start of the season.

Hannon added: "I think we will probably go back up to seven furlongs and go for a Guineas trial of some description. The Guineas is still on the agenda." 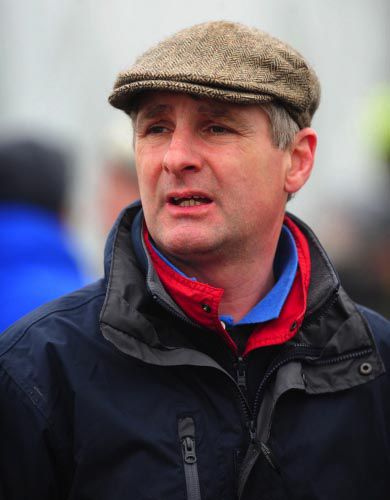 Christie aiming high with Some Man

Some Man made a winning start for David Christie at Toomebridge point-to-point on Saturday and had the handler talking of him as a potential Cheltenham Foxhunters horse.