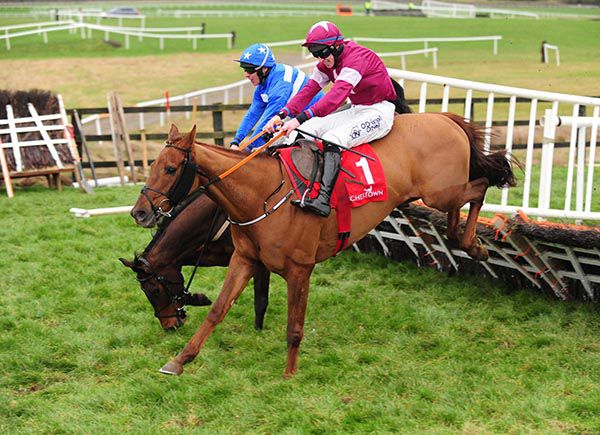 Sir Carno
©© Photo Healy Racing
Sir Carno is on a hat-trick mission in the Thurles Handicap Hurdle as racing resumes in Ireland after the cold snap today.

Following victories at Punchestown and this venue, Gordon Elliott's ex-French performer has risen a total of 18lbs but is clearly on an upward curve.

Elliott will be hoping that Caltex can better his latest Punchestown second in the I.N.H. Stallion Owners EBF Maiden Hurdle.

He steps up almost half a mile in trip and will need to see it out fully, with The Conditional's stamina already assured following his runner-up finish over three miles at the last meeting here.

Elliott give Synopsis her first crack at the bigger obstacles in the Irish Stallion Farms EBF Mares Beginners Chase.

Successful at Navan and Punchestown at the beginning of the campaign, she has since struggled in more competitive handicap hurdles off her revised rating, so the switch in discipline appears a wise move.

Ruby Walsh, who has been out of action since breaking his leg in November, will get the leg-up on Lareena for boss Willie Mullins in the thurles.ie Maiden Hurdle.

The five-year-old mare has hit the crossbar on both outings this term and is likely to be a warm order to give Walsh the perfect comeback, with Cheltenham looming large on the horizon.

The 128-rated Awayinthewest will be a tough nut to crack, though, while Elliott introduces Savannah Storm, who was Listed class when with Ger Lyons on the level.

Voix Des Tiep has been costly to follow so far but Mullins gives him another opportunity in the Fethard Flat Race.

Second to the smart Someday when favourite for his Leopardstown debut last season, the six-year-old has had to settle for third at odds-on and even-money this time in so is on something of a retrieval mission.

Last-start scorers Samson Bill and Spare Brakes lock horns in what should be a competitive Urlingford Rated Chase, while the veteran Analyse That attempts to supplement his recent C&D triumph in the Killinan Handicap Hurdle. 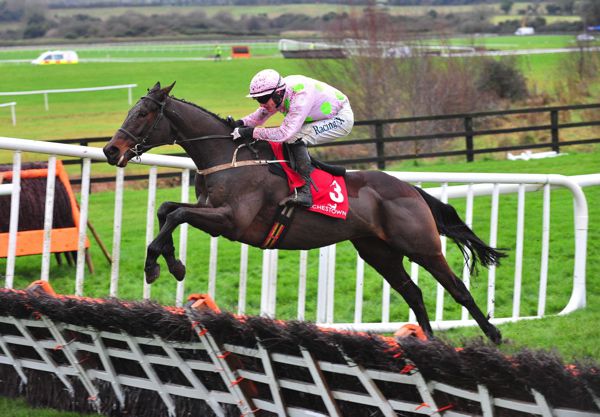 Getabird in full flight for Supreme

Ante-post favourite Getabird is one of 28 horses confirmed for the Sky Bet Supreme Novices' Hurdle, the opening race of the 2018 Cheltenham Festival on Tuesday.