Gold picks up pieces as Dinons crashes out 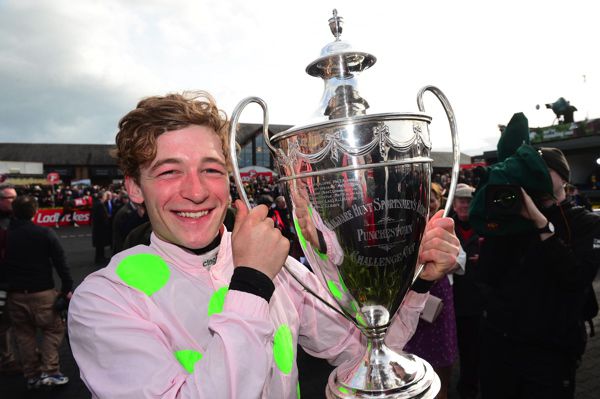 Dinons looked set to coast to victory after leading away from the third last and powering clear before the final flight.

He crashed out at the last, however, and the Willie Mullins-trained Easy Gold came through to pick up the pieces and score at 8/1.

Thankfully Dinons got back to his feet after remaining on the ground for a few minutes and was cheered by the large crowd as he recovered.

Winning jockey David Mullins said afterwards:- “He sticking at it up the straight and I thought if the leader might miss the last I was staying at it, I was fortunate enough he came down but you never like to see that happening.

“Up to the line he was very lairy and I thought he had plenty left. He's a horse that took the few runs over hurdles, he was very backward and green.

“He's really getting the hang of jumping now and he stayed going today which is probably because of fitness after the couple of runs.

“Anything less than three miles and you'd have to ride him more positively. I'd say there might be a bit of improvement in him, he's a horse that doesn't show much at home.

“It was his third run over hurdles. He had a run behind Le Richebourg in Killarney in a very hot maiden hurdle over two miles. It was way too sharp for him and I thought he ran well that day.

“Paul thought he'd come on a lot from his break the next day. He was right and thankfully Paul was on the other one today!” 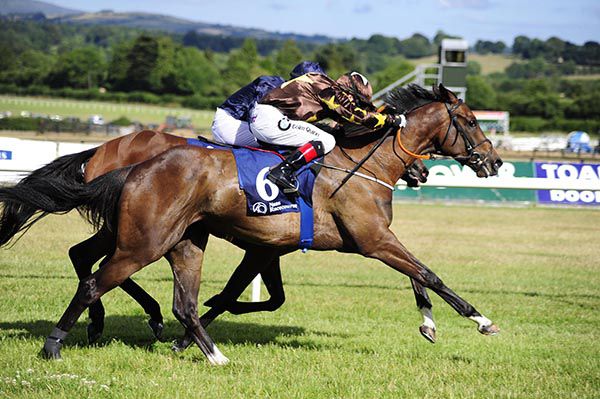 Power Drive caused a 25/1 shock on his handicap debut when getting up close home in the BBQ Evening July 25th Handicap at Naas.