Dom Of Mary on the market after bumper win 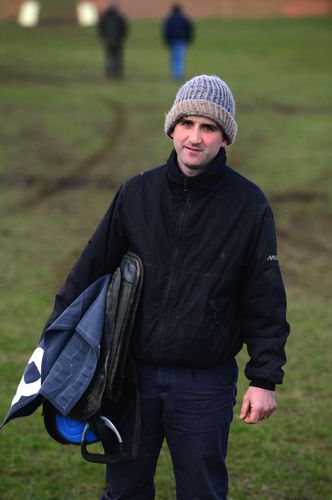 Dom Of Mary looks a valuable commodity after taking the Follow Fairyhouse On Facebook & Instagram INH Flat Race in the style of a nice prospect for Sam Curling and Pa King.

The Saddler Maker gelding won a point-to-point in decisive fashion at Moig South just before Christmas and had his supporters here going off at 9/2.

The five-year-old headed the always prominent Hi Ho Phoenix over a furlong out and kept on well under King to beat that rival by four and a quarter lengths.

Pomerol George could make no impression from over a furlong out finishing a further eight and a half lengths back in third.

The 6/4 favourite Where It All Began was struggling early in the straight and dropped right out to be well beaten towards the rear.

Owner/trainer Sam Curling said, “That was very nice. He won his point-to-point well and the horse that slipped up beside him that day (Casey West) was second in a maiden hurdle at Punchestown recently. That gave us a good line.

"He loves soft ground, is improving the whole time and is a horse going the right way. Every bit of work he does he's getting better. I'd say he'll be sold now - I thought he'd be sold after his point-to-point.