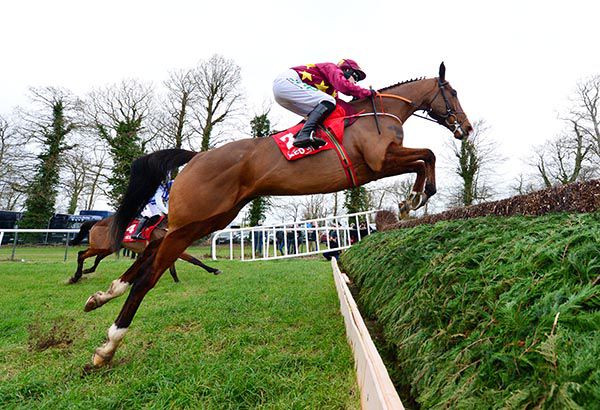 Monalee
©© Photo Healy Racing
Henry de Bromhead is hoping the decision to sidestep the Paddy Power Irish Gold Gold Cup with Monalee will pay dividends when he bids for glory in the Magners Cheltenham Gold Cup in March.

The nine-year-old has run with credit in defeat on each of his three previous visits to the Cotswolds — finishing second in the 2017 Albert Bartlett and the 2018 RSA Chase before placing fourth in the Ryanair Chase last season.

While Monalee has run over a variety of distances, De Bromhead has always been adamant his charge does stay three miles and he came close to a Grade One victory over the longer trip when beaten just a head by Delta Work in last month’s Savills Chase.

The Knockeen-based trainer did not even enter his charge for the Irish Gold Cup on Sunday week, instead electing to keep his powder dry for the blue riband on March 13.

“We just decided we’d go straight to Cheltenham with him this year,” said de Bromhead.

“There was a temptation to go to the Irish Gold Cup, but we just felt we we’d rather give him a bit of time and wait for Cheltenham.”

Another De Bromhead-trained star who will not run again before the Cheltenham Festival is Minella Indo.

Winner of the Albert Bartlett last year before doubling his Grade One tally at Punchestown, the Beat Hollow gelding opened his account over fences with a battling display at Navan last Sunday.

“He’s come out of the race (at Navan) really well. He had to tough it out a little bit, but he was hardy and took a blow after second-last,” said de Bromhead.

“It was good to get a run over three miles before the RSA Chase.”

Captain Guinness is also unlikely to run again before the showpiece meeting at Prestbury Park.

The five-year-old went into plenty of notebooks when narrowly beaten by Andy Dufresne in the Moscow Flyer Novice Hurdle at Punchestown earlier this month and De Bromhead is in favour of letting him make his next appearance in the Supreme Novices’ Hurdle.

He said: “He’s been really well. He won’t go to Leopardstown (for the Chanelle Pharma Novice Hurdle) — it just seems a bit too close to Punchestown, sadly.

“We’ll wait with him — I’ve pretty much decided that. I would say if we’re going to go for the Supreme, he’ll go straight there.”

Put The Kettle On has not been seen in competitive action since landing the Arkle Trophy Trial at Cheltenham in November.

The six-year-old holds an entry in the ERSG Arkle Novice Chase at the upcoming Dublin Racing Festival, but De Bromhead said: “We’re sort of 50-50 whether to run her at Leopardstown. It might just be coming a bit soon.

“She’s going to work at the end of the week and we’ll see where we are then.

“She’s improved hugely. We’ve had great fun with her all the way through the summer, culminating in that Grade Two win in Cheltenham.

“She’s shown how good she is over a fence. She’s entered (at Leopardstown), but we might give it a miss.” 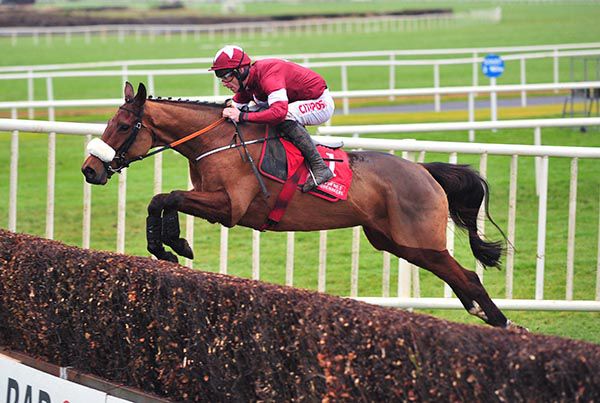