Cody hits the headlines with Razoul 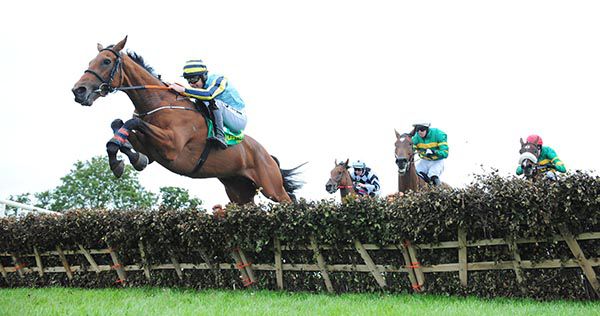 The Kilkenny-based handler, who had been an integral part of a couple of other training operations over the last few years, only took out his own licence late last year.

Razoul had given him his first winner at Kilbeggan back in July and recorded another milestone victory in today's featured two-mile handicap for four-year-olds.

Donagh Meyler produced the 14/1 shot to challenge at the second last and he hit the front going to the final flight.

The Mastercraftsman gelding pulled away in good style on the run-in to record a convincing two-and-three-quarter length win over Top Moon.

Well-backed 6/4 favourite Morosini was three-parts-of-a-length back in third.

Cody said:- “I thought he’d run real well but he was 7lb wrong at the weights which I thought was going to be a big ask of him.

“I didn’t want to claim off him because Donagh Meyler rode him on his last two runs and gets on real well with him. He gave him a brilliant ride.

“He jumped and travelled all the way today, and I thought bar a mistake he was going to win turning in. He came travelling well and found loads.

“I had it in my head that he could be a Galway Hurdle horse next year. I thought he was a lot better than he was showing on the track.

“He got a nice break after his maiden hurdle win and I think we’ll go for one of those big pots off a light weight.

“He’s a well handicapped horse on the Flat but he’d no interest, and is a different horse with a hurdle in front of him. He loves jumping, and I think he’ll go on any ground. He loved that ease today.

“I only took out a licence at the back end of last year, and that’s my fourth winner. I have 12 and am happy to do it in a small way. My nephew Ray and myself and my wife Gillian look after them so it’s a family operation.” 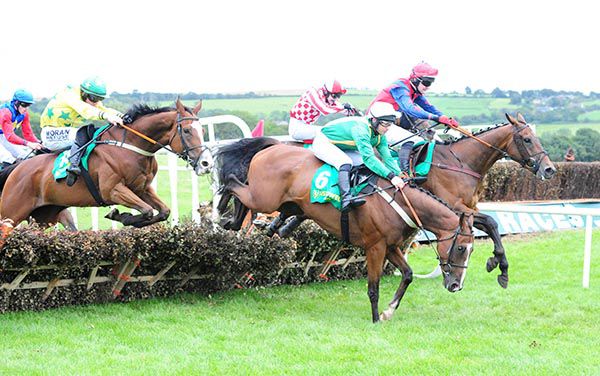 Antimatter on top after dramatic finish

Antimatter prevailed after a dramatic finish to the Adare Manor Opportunity Handicap Hurdle at Listowel.