Anything Does the business on debut 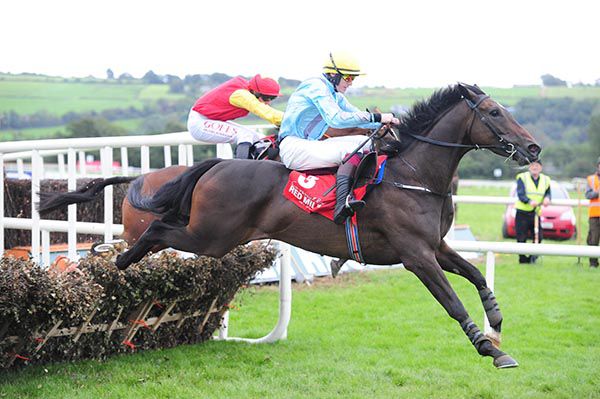 Anything Will Do and Shane Shortall
©© Photo Healy Racing

By Gary Carson
Anything Will Do stuck on well in the closing stages to make a winning debut for Joseph O'Brien in the Connollys Red Mills EBF Auction Maiden Hurdle at Listowel.

The Westerner gelding cost €35,000 at the Land Rover Sales last year and was sent off a 16/1 shot for his racecourse bow this afternoon.

Shane Shortall produced him to challenge long-time leader Dime A Dozen at the penultimate flight and he jumped into the lead at the last flight in the two-mile contest.

The four-year-old galloped on strongly on the run-in to record a length-and-a-quarter win over Fou Diligence, who stayed on for second.

Assistant Brendan Powell said afterwards:- “It was his first time on a track. He’d been away to work a couple of times and worked nicely on the Curragh but it takes a bit of doing to win a maiden hurdle first time out.

“He was a bit green early but Shane said from turning in he never looked like he was going to get beat. He’d his ears pricked and could be a very nice horse.

“It’s hard to know the strength in depth of the race but as it went on he jumped better and quicker, and it was nice for him to win.” 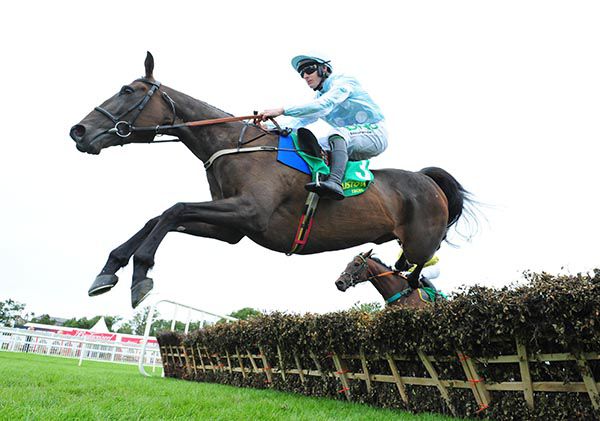 Emily Blazes a trail in opener

Blazing Emily proved too hot to handle for her rivals as she made all to land the opening Jet O'Carroll Memorial EBF Mares Maiden Hurdle at Listowel this afternoon.