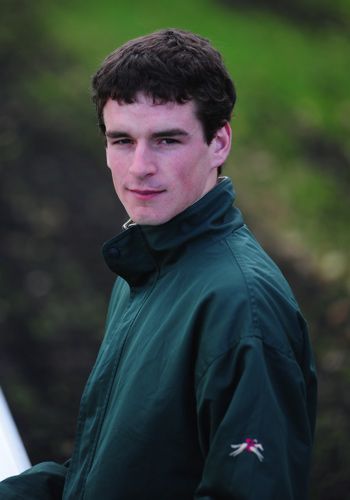 I gave Saldier a good chance going into the race last weekend, but in a race of that level, you’d be foolish to be overconfident. You have to believe in yourself and the horse but it was a very good race. Going forward, it’s a nice feather in his cap but he’ll need to improve again.

He is Joint Favourite for the Champion Hurdle but that’s probably more about what level you’d hope he’ll get to, but I don’t think he’s quite there yet.

He had a good run last year when he fell upsides Espoir D’allen, which is a very strong bit of form. But no race was ever won at the last! He broke his nose, and to me the big thing about that was Willie’s patience with him. That’s why Willie is who he is, and where he is. He sat back and knew last year that the horse wasn’t where he needed him to be, he gave him time and it paid off with a big win this year.

Speaking of injuries, my cousin David (Mullins) is in good shape. I’d be chatting to him most days and he’s out and about. I was down riding out for his dad Tom the other day and he was driving around the gallops in the jeep, watching the horses.He’s in good form and on the road to recovery.

David getting injured is probably helping me at the minute but that’s the game. We’re lucky enough that both of us are able to ride at the top level. I remember a couple of years ago, I was after riding a double for Willie one day in Warwick, David was second to me on a couple of them. I broke my kneecap and he took his opportunity then, proved himself and went on to have a Grand National winner that year. That’s what injury does, it closes a door on somebody and opens up another one. For me, I know David will be coming back better than ever so you just have to make the most of the time. To have riders of that level around you is important to keep you on your toes as well.

Debuchet winning his novice chase was a great one to get. He’d been a very good bumper horse, raced at the highest level in bumpers, and had some good form in early novice hurdles but hurdling just didn’t seem to suit him.

He tailed off a little bit last year but the Mother did fantastic work with him, she turned over stone to get him to where he is now. As soon as we started schooling him over fences this year I just thought that there might be a bit of a glint of hope again. For a horse to go straight into a novice chase and win first time around a good track like Fairyhouse is very positive. But he’ll need to keep improving as well. He ran to the line very well whereas last year he was just a little bit weak finishing his races. But that might be because through a chase, midway through a race he’s making ground through the air over each jump. Over hurdles, they didn’t suit him and hopefully he’ll keep stepping forward.

I’m lucky in that over the last six to eight weeks, there hasn’t been a week when I wasn’t in the airport. I’ve been over and back getting good rides, I was over for the American Grand National in New Jersey, I was in Auteuil a few weeks back, I was over and back to England. I rode a winner there at Cheltenham, I had a few good rides at Newbury and I’ve more to look forward to. You have to put in the work to get the reward, you don’t get a pat on the back for sitting on the couch.

Most summers I do a couple of trips over to America. I’m lucky enough to ride a good few for Jack Fisher, the champion trainer out there. I’ve picked up a good few more rides for some of the other trainers over there this year as well. It’s maybe not as popular, jump racing is a minority sport over there, but the prizemoney is very good and if you’ve got the right profile of a horse, you can win some nice races.

Irish National Hunt supporters don't know much about it and I suppose, that’s because it wasn’t as well publicised. This year the big race was on Sky Sports, and they’re starting to bring it to a wider audience which is good. From an owner’s point of view, it’s a great trip to go on with good horses and hopefully it’ll keep going forward in the years to come.

Jump racing maybe rested on its laurels a little bit. Flat racing is global, and there’s people pushing flat racing everywhere. Whereas in Australia they’re starting to revive the jump racing a bit, I was out there earlier this year and there’s a few good people starting to make a push. It’s making a difference but there’s a lot of work still needs to be done.

At home Willie’s would be the mainstay, he just so many horses. From time to time, maybe in the summer months, Willie wouldn’t have horses doubling and trebling up in races so you have to keep your leg in many’s a stable. Willie is the main one, my mother is having a good season thisyear, my father (Tony) has a few, and I’m riding a couple for Tom this year with David injured. It’s busy enough around home, I ride a lot for small trainers that don’t have that many horses. You never know where the next good horse is going to pop up, so you just have to keep all the options open.

There is no standout horse that comes to mind at the moment. There’s a lot of good racing, Willie has a lot of horses that haven’t set foot on a racecourse this year and there’s plenty of exciting ones in his bunch.

Hopefully over some of those bigger meetings coming up to Christmas and into the Spring I can keep picking up some nice rides and once you’re riding well and you get on a good horse, the rest will happen.