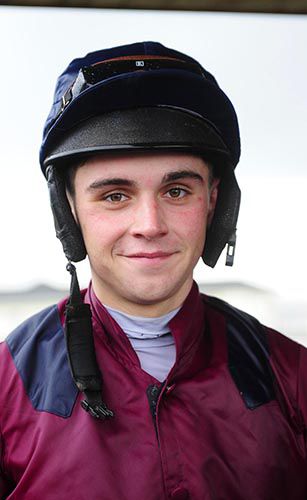 It is very testing for a jockey when you have gone a long time without a winner and you have to be strong mentally to deal with it.

The last few years have been tough for me in terms of serious injuries but the one benefit I suppose is that I am used to the setbacks and know all too well how tough this game is. So while going almost six months without getting a horse’s head in front was horrible, I never got too down on myself.

In fact I have never considered packing it in despite the badly broken leg, the fractured ribs, punctured lung and fractured vertebrae, and the inevitable fact that you are forgotten spending so much time on the sidelines. I love racing, was reared in it and now I am back home full time with my father Martin because to be honest, freelancing wasn’t paying the bills.

He knows all about the highs and lows of the game as a rider and a trainer. After he won the Aintree Grand National with Numbersixvalverde in 2006, things were flying but there was a spell after that then with only five or six horses in the yard. Now he’s back up to 30, has great owners in the likes of Sean Mulryan and JP McManus among others and had his first Cheltenham win last March with City Island for the Mulryans.

He has been a great help to me and it was great to ride a winner for him on a big Grade 1 card at Naas on Sunday. It was July 14 when I booted home Don Patricio for him in a maiden hurdle at Sligo and that’s a fair while between drinks. Too long.

So to combine with Abraham in the Adare Manor Opportunity Handicap Hurdle was fantastic. Any winner counts but there is something special about doing it in front of a big crowd, on an important day in the calendar.

Of course a big part of that is the profile. All eyes are on the racing on a day like Sunday and there is more of a chance for people to take notice. It’s a good time to show that you can do the job with the right artillery, that you can do all the right things and are riding with a bit of confidence.

Ruaidhri Tierney has been grafting hard for me as my agent and you’d hope that this might make his job a little easier.

Abraham was having his first run for us, so I just rode him cold out the back and he travelled and jumped well. He was never doing too much. I just arrived there at the back of the last. So hopefully he can improve again.

He is flat bred. He had won on the flat. We would have a lot of jump-bred horses. Normally they would work better than jumpers anyway so we didn’t really know the level of what he was doing at home. We actually thought he might need a run but I knew from half way I was going very easily.

It was straighforward in the end but it wasn’t as if Abraham was well handicapped. He’s eight now, well exposed and Shay Barry had done well with him, winning four times. He had shown plenty of ability. It was just the change in scenery, being in a different yard. Sometimes that can help a horse.

As I said, you have to be mentally strong to survive as a jockey and to cope with dry spells and injuries. You can’t think about it too much. If you do you will start riding poorly. I just tried to put it to the back of my mind and kick on.

The 2016-17 season was a bit of a breakout season for me, as I had 15 winners for 15 different trainers. But then the luck you need evaded me.

The first really bad injury came at Fairyhouse on New Year’s Day of that season when I broke eight ribs and punctured a lung. That kept me out for about eight weeks and I fractured ribs again that June at Tramore.

I fractured both my T3 and T5 vertebrae in a Galway in August of that year and actually kept riding for two weeks because I had been out so much but I just couldn’t keep going and had to bite the bullet.

That had me out for a month or so and I was only back a month when I broke my leg, again at Fairyhouse. I have a rod from my knee down to my ankle, down through the bone as a result of that. It was a bad one.

They all added up and people just forgot about me. So it was almost like starting off again the last couple of years. I am 25 now with a lot of experience and this is still what I want to do. Staying fit is the priority now, getting rides and riding as many winners as I can. When you have had the few years I’ve had, you’d be stupid to set any other sort of targets.

But hopefully after Sunday, trainers and owners might be more inclined to think of me.

Sunday was a good day because Longhouse Poet ran a great race to be third in the Grade 1 Lawlors Of Naas Novice Hurdle behind Envoi Allen and Elixir D’ainay. He won his maiden very easily but this was his first time in graded company and they went a proper gallop. That probably just caught him off guard a bit. He will improve for that experience. March is when we want him to do the job, whichever race he goes for. He was certainly closest at the line than he was anywhere.

City Island is in great form after his disappointing run at Christmas. It was his first chase and he made a few novicey mistakes. I’m not sure where he goes next but he will be out in a couple of weeks and has an entry in the Grade 3 Killiney Novice Chase on Sunday.

Hopefully it’s onwards and upwards for City Island, for Longhouse Poet, for my father and for me.